The Best Chinese Chess Player in The History of China

Welcome to the official Chess Player Profile of Wang Yue.

Wang Yue is the best Chinese chess player in their Chess history. He is the second best Asian player. He is a former world youth chess champion.2739 is the best Elo rating of Yue Wang.

He was the first Chinese player and only the third Asian to achieve the landmark 2700 Elo rating, making him known as a Super Grandmaster. His world ranking of 9th is the best position ever achieved by a Chinese chess player.

At the tender age of nine, Wang Yue won the National Children’s cup in China. 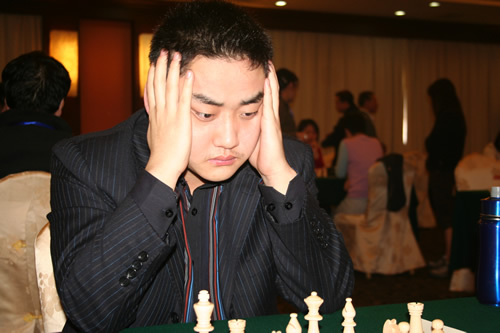 In 1999, Yue Wang came into the prominence at the world stage, when he won the World under-12 chess championship held at Spain. In 2000, he finished as runner-up at the Oropesa del Mar under-14 tournament.

In 2000, Yue Wang became FIDE Master, at the age of 13. In 2003, he became International Master at the age of 16. Yue Wang became Grand Master in 2004.He helped Chinese junior chess team to win the world youth under-16 chess Olympiad .He clinched a gold medal in the individual category, for his scintillating performance on the first board, with an elo rating of 2657.

In 2007 Aeroflot open, Wang Yue finished as joint runner-up. In 2007, he won Calvi Open, Capelle la Grande Tournament and Philippines International Open .He finished as runner up at Pamplona and Sanjin Hotel cup in the same year. In 2008, he finished as joint first at Reykjavik open .He helped Chinese team in defeating Russia in their bilateral series.