5 Fastest Checkmates in Chess (And How to Prevent Them)

In this post, you’ll discover how to quickly checkmate your opponent with the five fastest checkmates, and learn the two fundamental principles that will help you not become a victim of one of them.

This article uses algebraic notation to describe chess moves. For more information, see our step-by-step guide on how to read Chess Notation.

A lot of beginners get checkmated very fast, mostly within the first 10 moves. It can be frustrating and disappointing to see such things happen.

But there are two fundamental principles you can follow that will put an end to such disasters. I’ll be sharing them in this article.

At the same time, I’ll also show you some of the fastest checkmates, why they happen and how not to be a victim of one!

This is officially the shortest checkmate in chess. It happens in only 2 moves from the starting position. As per conventional chess wisdom, only a fool would fall for such a mate. That’s where the name comes from. 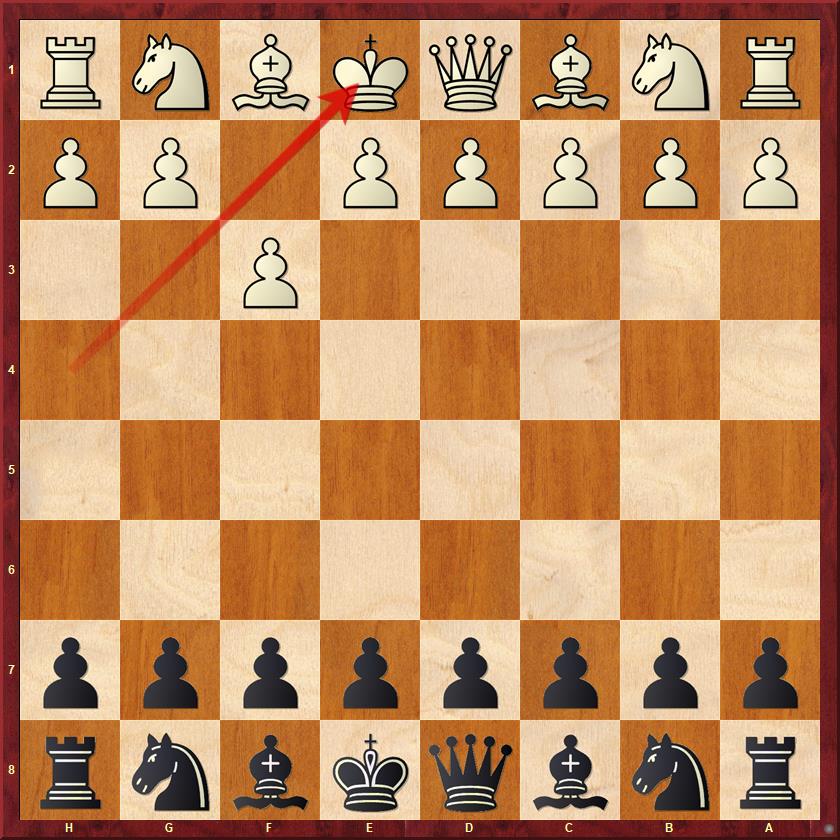 This is one of the worst ways to start a game of chess. As a rule, you should never expose the weak e1-h4 diagonal very early in the game. This mate shows exactly why you shouldn’t do it.

Black responds smartly opening the diagonal for his queen.

A horrible blunder. This makes it impossible to defend any checks on the weakened diagonal.

Better is to play 2.e4 and open the position of the Bf1. In the opening, it’s always important to prioritize piece development. 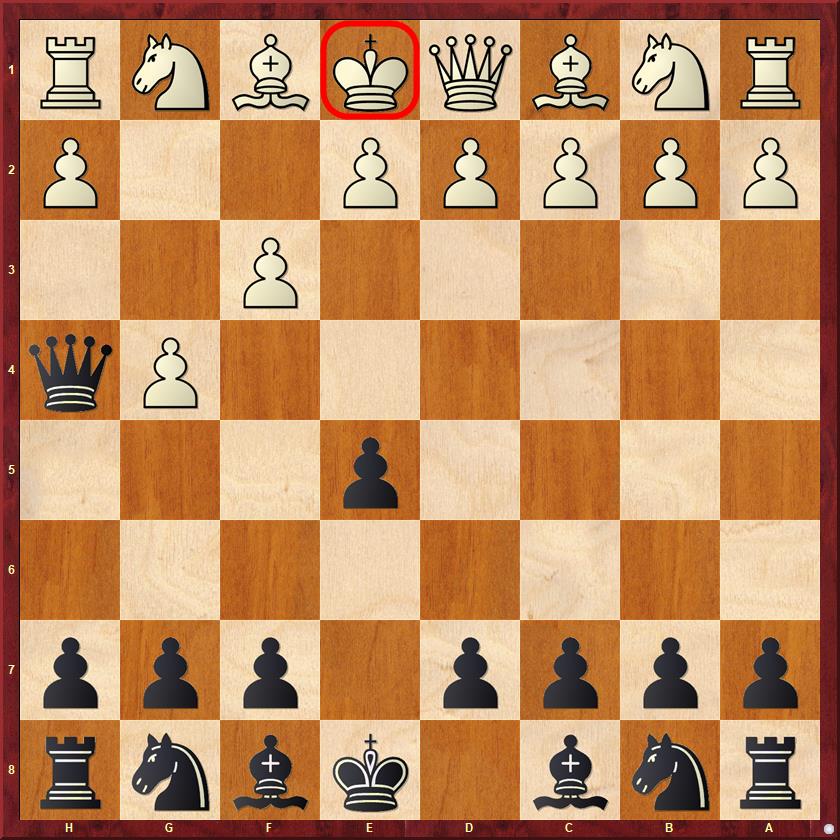 A beautiful mate! The e1-h4 diagonal is so weak that none of White’s pieces can jump in, despite surrounding the Black king. For more information, see our guide on the Fool’s Mate.

This mate has 2 variations — One which they show in Queen’s Gambit, and the other which is a more direct approach. Beginners often fall into both the checkmates.

But don’t worry, here I will show you how to refute both of them.

White is aggressive right from the word go!

White threatens a sneaky mate. Can you spot it? 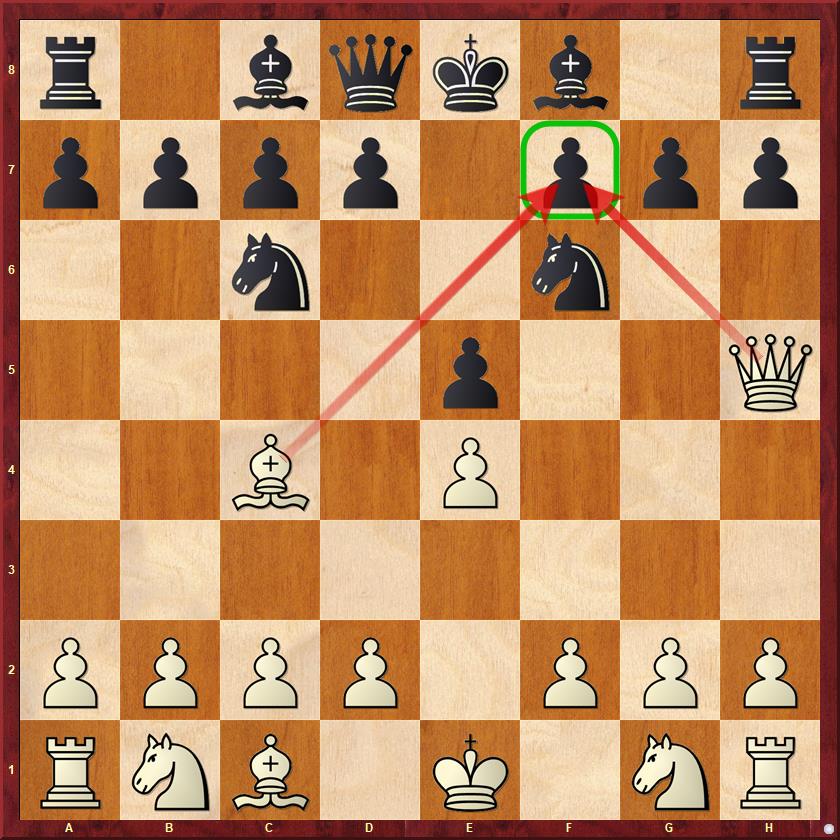 Black fails to notice it.

Instead of 3…Nf6, they could’ve defended the mate after 3…g6! cutting off the Queen from attacking the f7-square.
White can play 4.Qf3, renewing the threat of mate, but it’s met with 4…Nf6 now!

Once again, the key is to block the queen from attacking f7-square, which is the weakest spot for Black in the opening.

After 3…Nf6, Black gets mated after 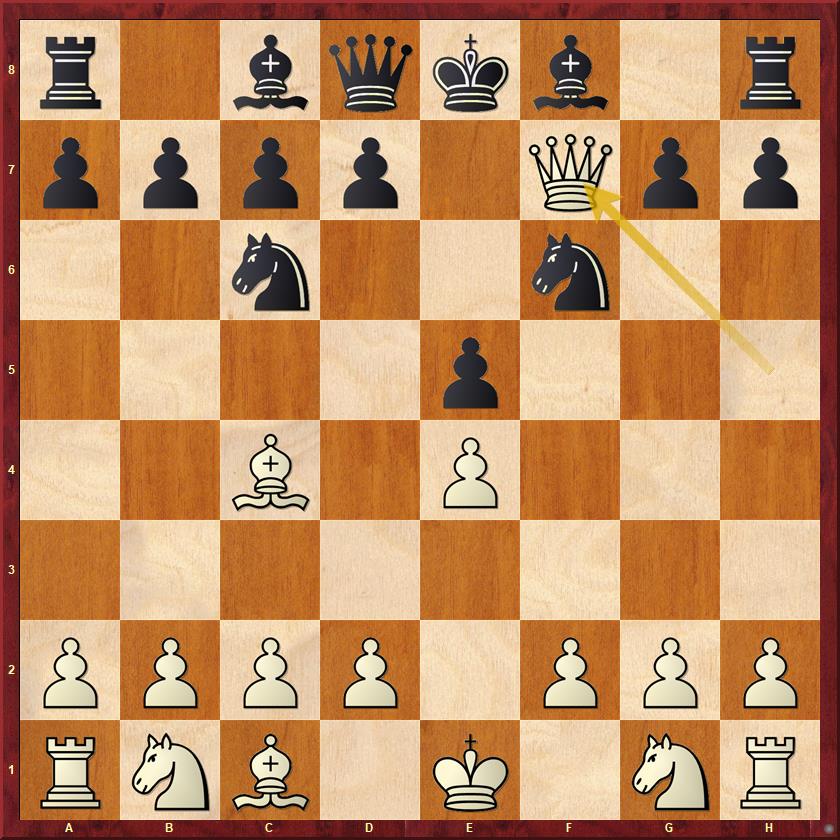 For more information, see our guide on the Scholar’s Mate.

There’s also the popular Queen’s Gambit edition of the Scholar’s Mate. It was featured in the hit TV series. It’s similar to the one given above but is slightly different. It starts with 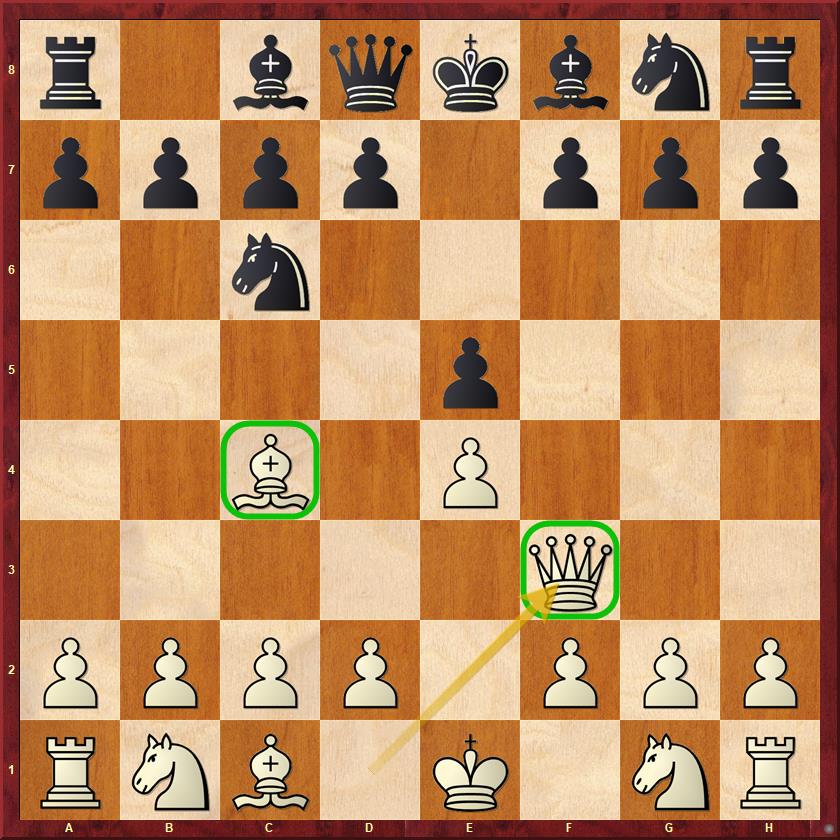 Once again, White is threatening a mate on f7. Young Beth (the lead character in the TV-series) doesn’t notice it and plays

Instead, it was better to play 3…Nf6, once again blocking the Queen from attacking the f7-square. White now checkmates with 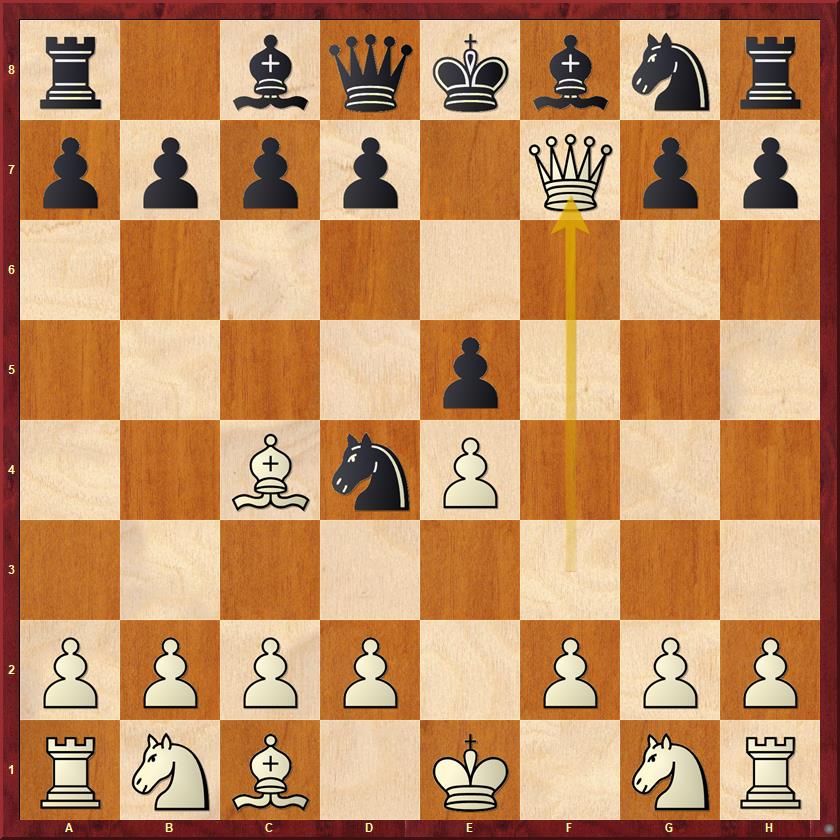 The Bird’s opening isn’t very popular in professional circles, and there’s a good reason for it. As mentioned earlier, exposing the e1-h4 diagonal is never ideal! 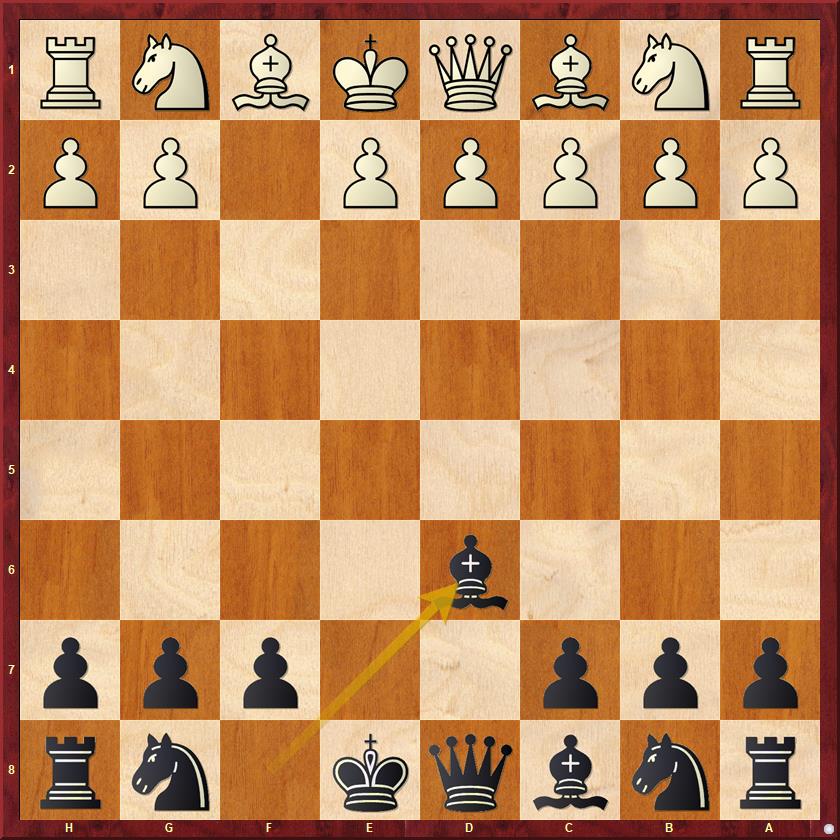 Black sacrifices a pawn, but gets their pieces to good squares. Once again, notice that the e1-h4 diagonal is weak.

White doesn’t spot Black’s idea and gets checkmated. Instead, it was better to play 4.Nf3 preventing 4…Qh4+ as then Black would lose the queen. 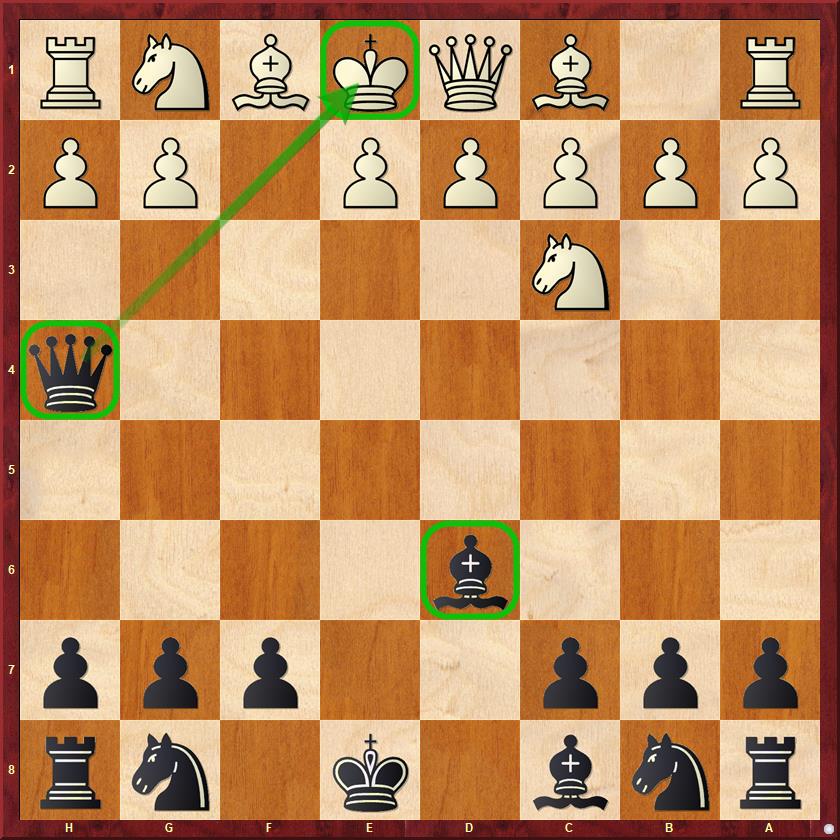 Sacrificing the Queen leading to mate. 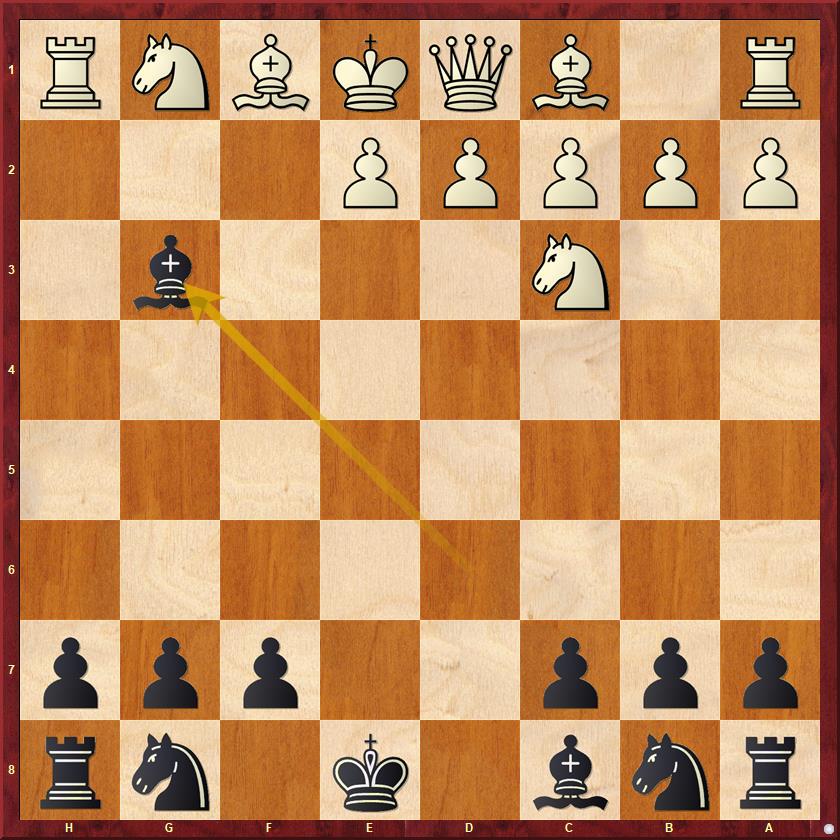 White’s e1-h4 diagonal was so weak, that even a check with a bishop could finish off the game. 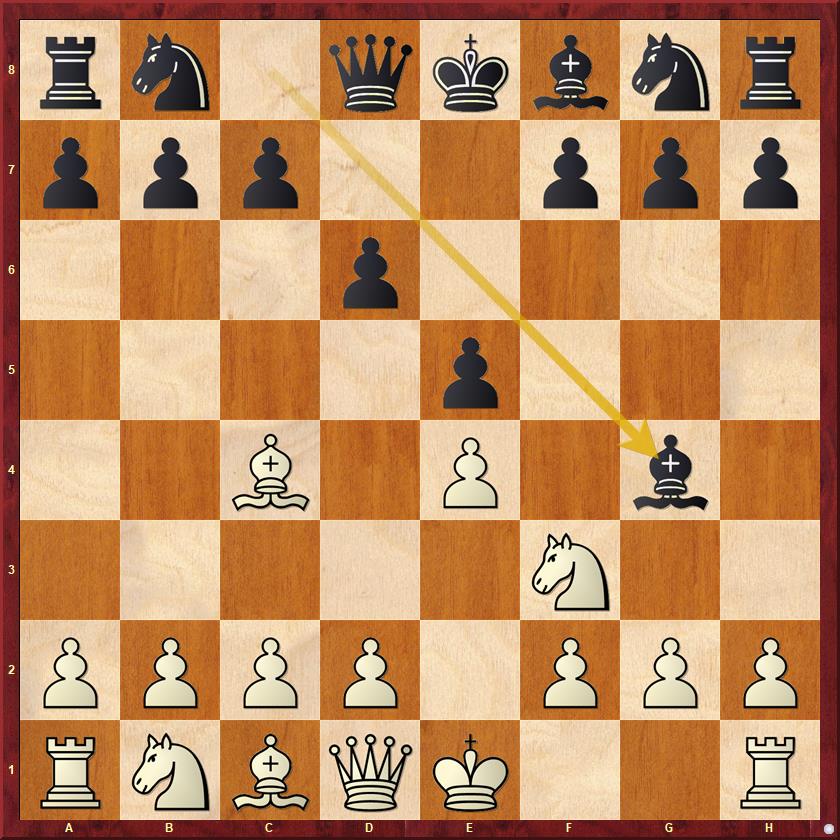 Instead of 3…Bg4, better would be 3…Be7. On g4, the bishop is placed in a vulnerable position. You’ll soon find out why.

This is poor from Black. In the opening, the most important rule is to develop your pieces ready for battle as fast as you can.

Ignoring development is a sin. Better was 4…Nf6 or 4…Nc6. 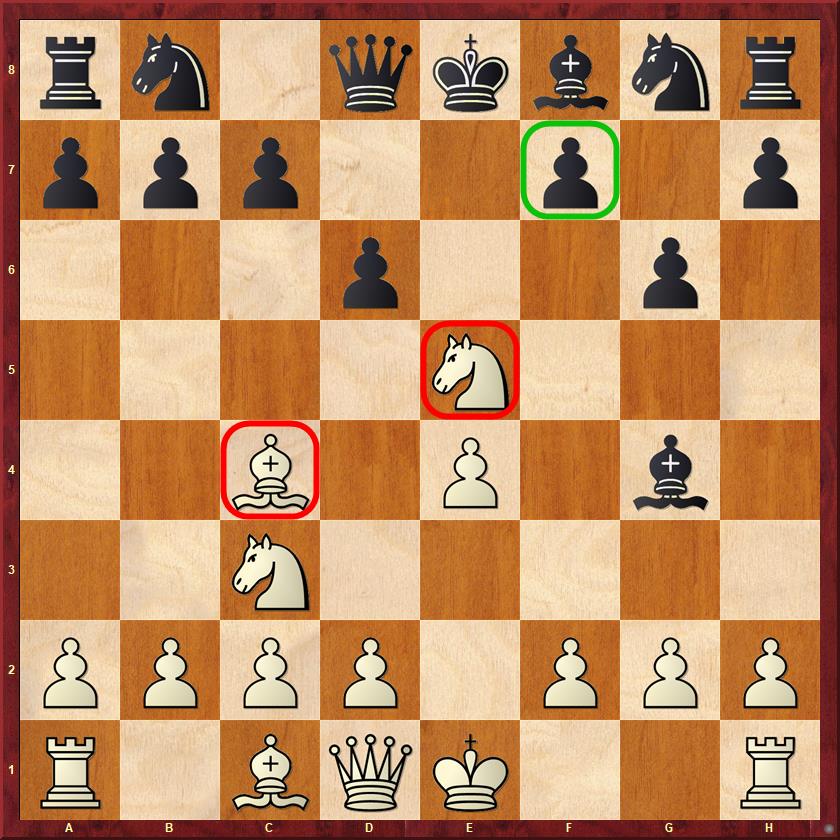 White sacrifices their queen, leading to a dangerous mating attack!

To survive, it was better to capture the Knight with 5…dxe5, and after 6.Qxg4 accepts a pawn down position. 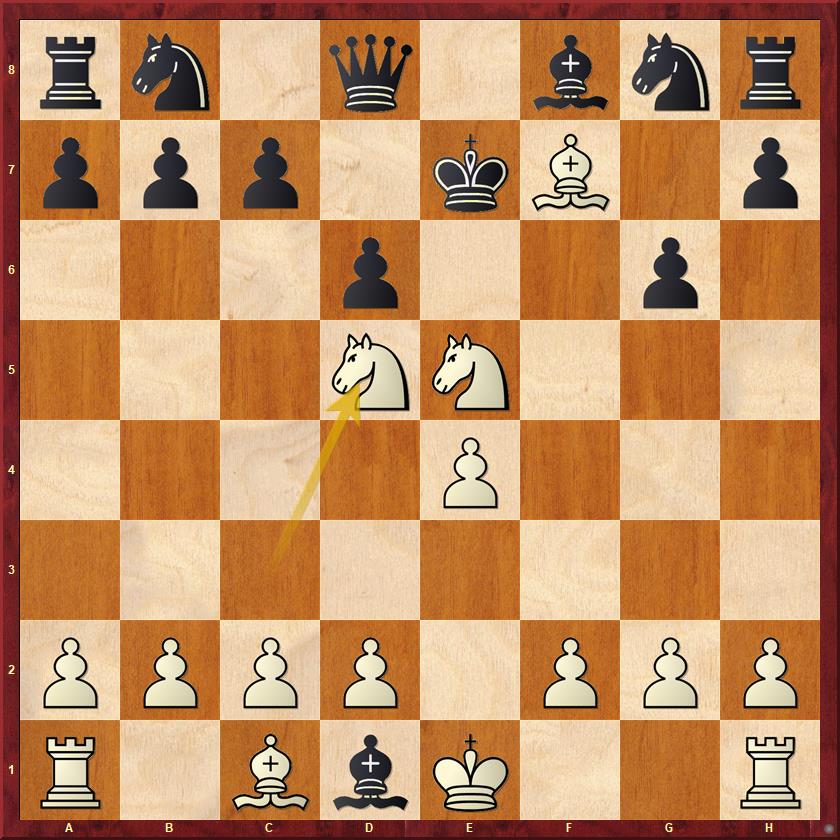 The 3 minor pieces are more than enough to checkmate the Black king in the middle of the board.

For more information, see our guide on the Legal’s Mate.

If you observe the games carefully, most of the checkmates were due to the following reasons –

Therefore, it’s extremely important to get your army out on the battlefield and keep your monarch safe. These are the most fundamental principles you should follow to play chess well.

Try it out in your games, and you won’t be checkmated in the first 10 moves!

If you liked this post, you may also be interested in learning other checkmate patterns in Chess.

7 Best Chess Books For Beginners To Cut The Learning Curve

We use cookies to ensure that we give you the best experience on our website. If you continue to use this site we will assume that you are happy with it.OkPrivacy policy