Castling: The Complete Guide To Castling In Chess

by Editorial Staff
in Chess Strategy

Castling is one of few unique move in the game of chess. It’s very advantageous to do if you can so you can defend your King.

Essentially, it is a way to both protect your king and activate your rook at the same time. It’s the only time in the game of chess where you are allowed to move two pieces in the same move.

When castling, the king will move two squares to the left or right, and the rook will move directly to the other side of the king. This can also be done with the queen instead of the rook in some instances.

What is Castling in Chess

Castling is a special move in chess done involving the King and King-side Rook or the Queen-side rook. Castling can only be done when the King and King side Rook hasn’t moved yet, and the King-side Knight and Bishop have moved. The sole purpose is to get the King out of the center of the board and into a more secure position making it more difficult to attack. 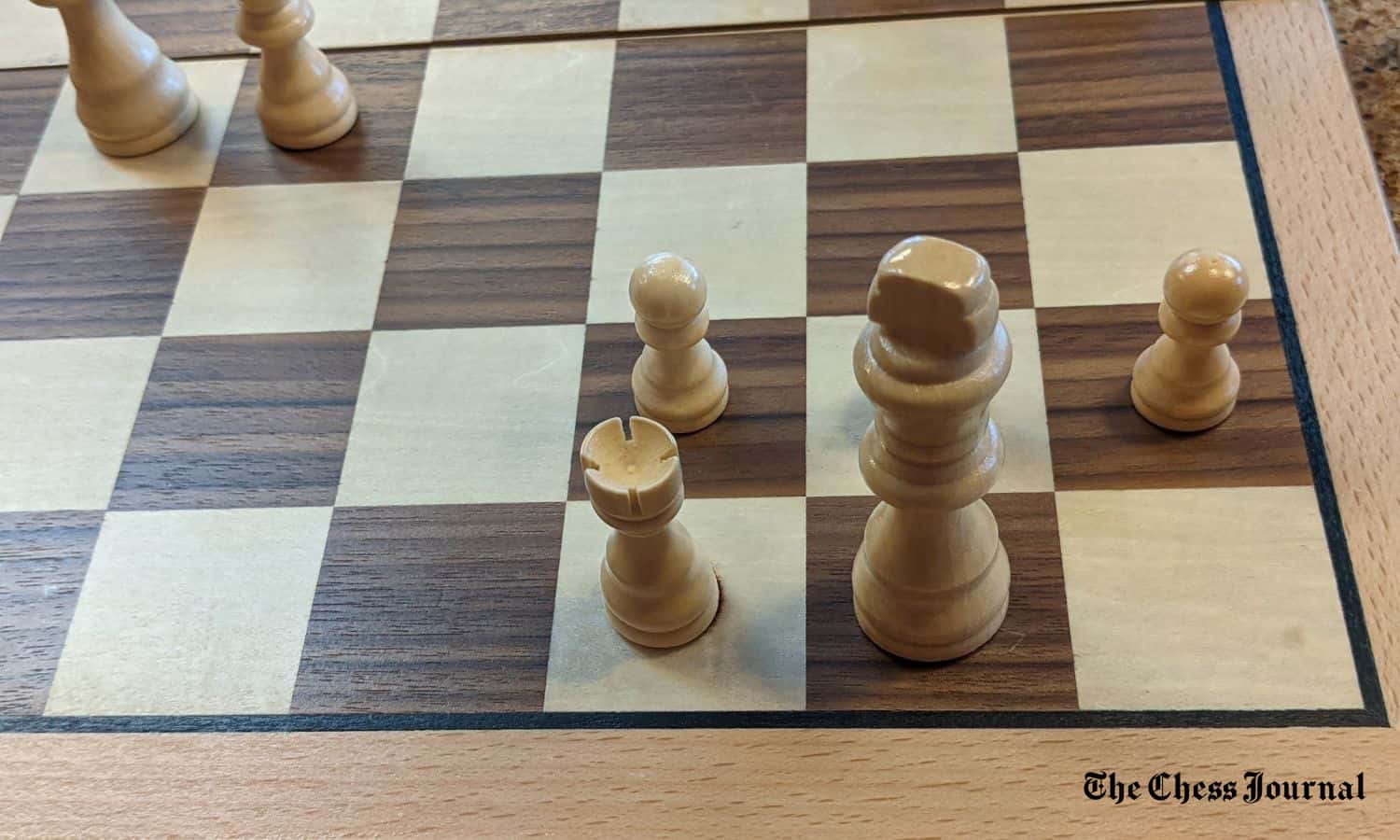 After castling is performed, the rook moves over two squares with the King moving to the square next to the Rook. This connects the rooks, making them exponentially more powerful.

The King is now moved from a vulnerable position, the center of the board, to a much more secure and protected position protected by pieces around the King.

Why Should You Castle In Chess

There are a few good reasons to castle in chess.

First and foremost, it is one of the only moves that will allow you to move your king without it getting captured if you’re not careful.

The other reason is that it can protect your rook while also activating the strongest piece in your army.

The last good reason is that castling will not allow you to lose a pawn on either side of the board. Everything else from castling depends on whether or not your opponent can play their pieces, so always consider this before you castle.

What Does Castling Require

In order to castle in chess, there has to be certain conditions in order for you to be allowed to castle.

First, you need to be the king or queen player.

Second, you must have the ability to move your rook without it getting captured. Third, you must be able to move your king without getting captured as well. The first two items are simple enough. But remember that the third item is only possible if your opponent hasn’t put their queen in a position where they can capture your king before castling. There are a few other rules to keep in mind:

1. The king has not made any moves prior to the castling

2. The chosen rook for castling has not made any moves prior to the castling

3. There must be no other pieces physically between the chosen rook and the king

4. The king is not currently in a state of check

5. The king must not pass through a square that is occupied by enemy pieces

6. The king must not end up in a check position at the end of the castling

There are a few other special chess moves that can be made, but all of them are at the very end of the chess game. All of them have great advantages and disadvantages, as well as allowing you to castle in some scenarios.

The first one is called En Passant. This allows you to take a piece from your opponent without having made any moves yourself. You can take pieces like pawns and even rooks, but king moving en passant is restricted to kings only.

It can only be done with a pawn or a rook, and it works best when you can take the piece from both sides of the board. This is because if your opponent blocks your pieces coming to the king, you will take many more than two.

The second special move is known as a sacrifice, in which you literally sacrifice a piece to achieve a greater outcome even after losing said piece that was sacrificed. Sacrificing can be used in many situations. It allows you to make more moves than normal as well as protect your own pieces at a great cost. Sacrificing involves sacrificing a piece in order to save the board from being taken.

It should be noted that sacrificing one of your pieces is no guarantee that your other pieces will be safe. In fact, sacrificing pieces to save your king is almost always a very bad idea as it makes you vulnerable to attack and there are often several better moves you can make that will protect both the king and the rest of your army.

The third special move would be the promotion. Even though it’s technically not a move like the others are moves, but rather a result that occurs after moving a pawn to the end of the board. Promotion is usually a beneficial move because it allows you to promote a pawn to any other type of piece, including a queen. To promote a pawn, your pawn must make it to the opposite end of the board without being taken. However from there, you’ll be able to move the pawn in any directions that its new piece would normally be able to move.

Is it better to castle kingside or queenside?

Castling is done on the King side most of the time. It isn’t necessarily better or worse to do so as it depends on you and your opponents positioning.

Should you castle early in chess?

Castling is normally done early in the game as part of the opening strategy you are using. The earlier you castle, the less likely your King will be vulnerable to attacks.

Should you always castle?

Castling should not be done if doing so will leave other pieces in danger of being attacked without a defender.

Castling in general, is important to do early in the game. If you wait to long to castle, it opens up more opportunities for your opponent to prevent you from castling or leave you with a worse position if you were to castle.

How to Castle in Chess

Anastasia’s Mate – Checkmate Pattern With a Rook and Knight

Reti's Mate is a checkmating pattern involving a Bishop and a Rook when the enemy King is blocked by many...

Welcome to the Ultimate Guide to Checkmate Patterns in Chess. As a beginner, learning a popper opening strategy and basic...

Fool's Mate is a checkmate pattern that given with a Queen or Bishop after your opponent pushes one too many...